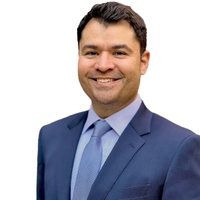 Tony Montenegro brings over 20 years of experience in the investment industry. Prior to founding The Blackmont Group, he was a Principal at Deutsche Bank Asset & Wealth Management. His office managed over $30 billion in assets for high net worth and ultra-high net worth investors. He also worked in a management and advisory capacity at JP Morgan.
Tony has been featured in major publications on topics including personal finance, economics, and investing. His expertise is regularly featured on platforms such as Forbes, CNBC, U.S. News & World Report, USA Today, and The Huffington Post.
He subscribes to multiple investment strategies including rules based, tactical, and value investing which was popularized by Benjamin Graham and David Dodd, a style of investing practiced by Warren Buffet, one of Graham’s most successful and well known students. He also subscribes to Austrian economics as popularized by notable economists including Frederic Bastiat and Ludwig von Mises. Tony studied finance at Liberty University and Behavioral Finance, Taxation, and Technology at the John F. Kennedy School of Government at Harvard University.
He is a member of Kingdom Advisors, the world's largest network of Christian Financial Professionals and advocates for the practice of Biblically Responsible Investing, which is investing that seeks to glorify God as an act of worship.
Tony enjoys dating his wife, rooting for the LA Dodgers, torturing himself with CrossFit workouts, and devouring the occasional In-N-Out Burger.