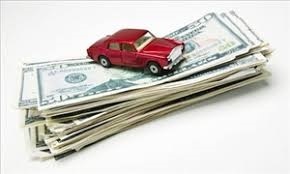 Steps to Determine How Much Car You Can Afford

Whether you are thinking about buying a new or used car or feel you can justify a lease, first try to understand how the cost of new wheels are going to affect your household bottom line. According to theBureau of Labor Statistics, the average annual cost in 2016 for transportation in the US is around $9,000 or $700/month. Which is $500/year or $40/month less than a year ago due to the current historically low cost for gassing up your car. However, you should probably account for a possible increase at some point. Which means that the average monthly cost for a car may be closer to $800/month when you figure in all the related expenses. Finance charges, maintenance, insurance, and licenses make up the second largest subcomponent of your car costs.

A spending plan is a really helpful idea and traditionally, you could reasonably plan to allocate around 15% of your net spendable income (what you have left after taxes come out) toward your transportation budget. Bear in mind that 15% is supposed to cover the entire cost of having a car, but auto prices are currently way up and cost nearly half of the average wage earner’s annual income due to money infusion at the federal level and longtime extremely low interest rates. Coupled with the expenses noted earlier and the increased cost of living, staying near that 15% has been tough for most. The good news is that at some point we might be able to look forward to lower purchase prices for new and used cars in the near future. If getting a car is a high priority, however, just keep in mind the total costs. Also, remember that whatever you spend on your car, that’s money you won’t have for clothes, food, or going out with your friends. So, weigh out the trade-off carefully and spend wisely.